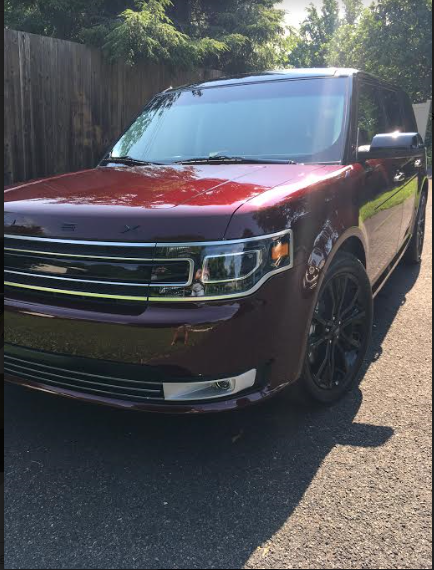 I think we have all seen those boxy cars on the road and wondered if they were comfortable and easy to drive.  Well I had the opportunity to try out the Ford Flex. I was skeptical about this car, but this is where the saying comes in “don’t judge a book by its cover.”  This car was fantastic. It felt like an SUV because of its roomie space and drove like a standard car. I have driven a lot of vehicles and I have to say this is by far one of the most comfortable cars to drive on a trip. The only problem I had was that it was an odd car to park, but that could be because I’m not used to the shape.  I think this is something that goes away after time. 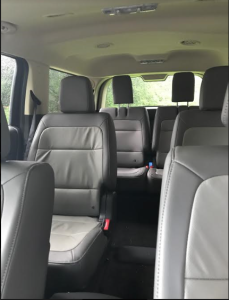 The Ford Flex was perfect for our little family. Especially when the kids didn’t want to sit next each other it had a 3rd row fitting up to 6 people.
Safety:
Standard safety features for all 2017 Ford Flex models include antilock brakes, stability and traction control, front side airbags, full-length side curtain airbags, rear parking sensors, a rearview camera, emergency telematics via a paired cellphone, and Ford’s MyKey system that monitors the vehicle and allows owners to set certain limitations and alerts for valets and teen drivers.
Optional inflatable second-row seat belts are available for all Flex trims. A blind-spot monitoring system with rear cross-traffic alert is available on the SEL and standard on the Limited. Paired with the Limited’s optional adaptive cruise control is a forward collision warning system that pre-charges the brakes for maximum responsiveness but does not brake automatically like some rival systems.
In crash testing conducted by the Institute for Highway Safety, the Flex earned the top score of Good in the moderate-overlap front-impact, side-impact, roof strength and head restraint (whiplash protection) tests. It received the second-best score of Acceptable in the small-overlap front-impact test. 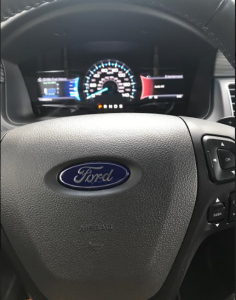 The standard engine for all 2017 Ford Flex models is a 3.5-liter V6 that produces 287 horsepower and 254 pound-feet of torque. A six-speed automatic transmission sends power to the front wheels by default, but all-wheel drive is an option for SEL and Limited trims. Though EPA fuel economy estimates are not yet available for the 2017, we don’t expect them to change from last year. The 2016 Flex with this engine was estimated to return 19 mpg combined (16 city/23 highway) for the front-wheel-drive model and 18 mpg combined (16 city/22 highway) with all-wheel drive.

The Limited trim is eligible for the optional turbocharged 3.5-liter V6 that increases output to a heady 365 hp and 350 lb-ft of torque. All-wheel drive is standard with this engine, as are steering-wheel-mounted shift paddles. In Edmunds testing, an all-wheel-drive EcoBoost Flex Limited accelerated to 60 mph in 6.2 seconds, a quick performance for a mainstream three-row crossover. Fuel economy was downgraded slightly to 17 mpg combined (15 city/21 highway).

Properly equipped, the Flex can tow up to 4,500 pounds, regardless of engine choice.